Member
Wanted to double check something: right now [v0.8.0.1] it's possible to learn Thaumaturgies that require specific insight or concentration skills, but then un-learn the skill that allowed you to learn the thaumaturgy. Is that intended?

On one hand this means that skills can be learned and forgotten to adapt your build to the current situation. After I've gotten all the thaumaturgy I'm interested in, I can forget skills such as continuity, but then still proceed to keep using my maintained loyalty and detection powers ('cause I also have double-continuity, which is dependent on base continuity but doesn't get forgotten when I forget its dependent skill either!) Meanwhile, since there seems to be an EXP/skill cap, this also then means I can reassign those skills into the combat skills I use passively, basically getting the best of both worlds.

But then on the other... how on earth do I remember how to invert my calming power into enrage, but then forget the exact insight principle by which I developed that thaumaturgy? If it's intended is there some kind of in-universe explanation for this, like what differentiates a learned skill from a natural talent?

Since dependent skills also don't seem to be forgotten it also raises questions about how those interact as well: like if I have dual-wielding but then forget remise skill, can I still double-swing when I'm dual-wielding? If that isn't the case that kind of negates the benefits of holding two weapons, doesn't it?
(Edit: upon further inspection this skill dependency layout is respected for most of the fighting trees: if you forget Moving in Armor I, you lose II and III automatically. Same with Remise and Dual-Wield.)

pictured below: having Continuity II without Continuity, and no Insight... 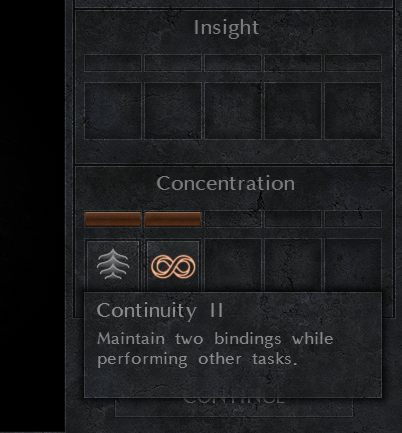 ...But then on top of that I know Mask Mind and Enrage, both of which require the Inversion insight! 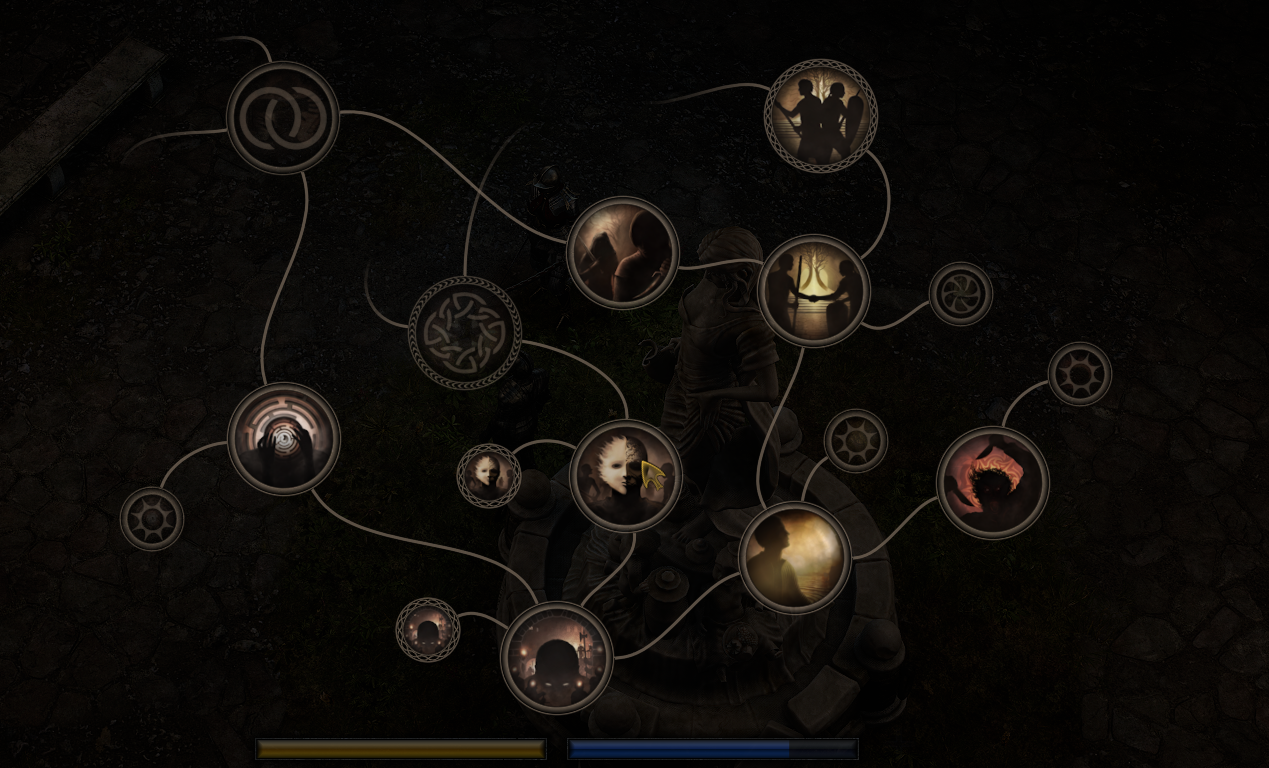 This is kind of the level of creative vertical thinking this game would likely reward, but it still strikes me as strange, especially for iterative thaumaturgy skills.
Last edited: Apr 30, 2020
Z

Member
feels like an unintended feature to me
W

Member
It would be nice to have some sort of artifact allowing the player to put learned skills into it. It would allow you to change build in game and not lose some important skills to unlock the different spells. Maybe the artifact could be invoked? Or found somewhere in the underground world?
W

Member
In my humble opinion, being able to store memory data (in this case thaumaturgy skills, insight and concentration) for a mind thaumaturgist makes sense. A new spell for that would be great!
You must log in or register to reply here.
Share:
Twitter Reddit Pinterest Tumblr WhatsApp Email Link
Menu
Log in
Register
Top